On the Road to Recovery

On April 14, COBE & VCU Life Sciences held “The Neuroscience of Addiction” event in the Harris Hall Auditorium. Over 100 people gathered to attend an event focused on substance abuse and young people.

Five different guest speakers were in attendance, including a MD, Ph.D. and interventionist. Each of these individuals brought a different perspective to the event, and provided facts about addiction and how it largely affects young people.

Substance abuse is a reality that affects many people every day. According to a 2012 report by the United Nations, drug abuse kills about 200,000 people each year. It is especially prevalent amongst young people, who often times find themselves pressured by their friends to experiment with drugs and alcohol.

Dr. Kevin McCauley, for the Institute of Addiction Study, mentioned just how many people are affected.
“I think that’s what is currently changing peoples’ minds about addiction. The problem has grown so large that almost everyone has a friend, family member or co-worker who struggles with this problem,” said McCauley.

During the event, a number of people in attendance were individuals who had actually battled addiction at one point of their life. Family members who were there in support of their love ones accompanied some of them.

One of the main points of the lecture, was to emphasize that drug users are not the only ones who suffer from their substance abuse addiction, their families do as well. People who are substance users sometimes bring down their family members, causing them to worry and in some cases, become substance abusers themselves.

This is particularly bad when a parent of a household suffers with addiction. Mothers and fathers who struggle with drug and alcohol addiction often cause unstable homes.

According to a 2014 report by WebMD, more than two-thirds of American families have been touched by addiction. Connor Bowie, who once battled addiction, spoke on how substance abuse runs through his family’s history.

“Drugs and alcohol has been through my family for my whole life. Like my mom and my dad and my grandma, lots of my family members are in recovery,” said Bowie.

The lecture on drugs and alcohol addiction put an emphasis on the fact that not everyone who uses drugs becomes addicted. However, those who do experiment with drugs can very easily become addicted due to the effect that it has on human beings.

Drugs contain chemicals that disrupt the brains communication system. Many people operate under the assumption that people can just stop using drugs whenever they want, but the problem goes much deeper than that. Drug addiction is an actual disease.

Bill Maher, interventionist, commented on how drug addiction is a disease that is not always easy to quit. “I once battled alcohol addiction and there were many times I wanted to quit. However, I became dependent on alcohol and I soon realized I had lost control of my alcohol use,” said Maher.

Maher is a drug and alcohol interventionist who explained how drugs effect the human body. He has been lecturing for over a decade on drug and alcohol addiction and has traveled all over the country holding seminars.

Drug addiction is a reality that plagues thousands of people every day. However, recovery from the disease has been a reality for lots of individuals. Although some of them often relapse on their road to recovery, many people eventually stop using the substance all together. Rams on Recovery is a program that is meant to help students battling addiction.

Their mission is to provide an environment where students can succeed academically in their recovery.

Dr. McCauley, gave advice on how substance abusers can start their path to recovery.

“I think if I could give one resource to every community to deal with this problem it would be the easy availability of safe, sober housing. This is one of the best resiliency factors a person can have to improve their chances of recovery,” said McCauley.

Alcohol and drug addiction is a disease that has disrupted thousands of lives. It not only effects the drug user, but their families as well. However, programs like Rams on Recovery have paved a way for individuals to find support and move on to improved things in their lives. 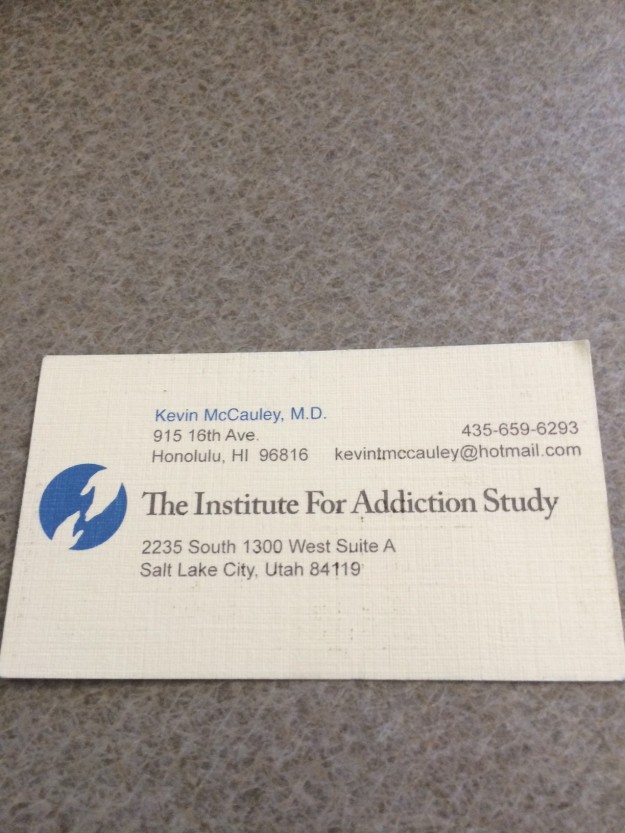 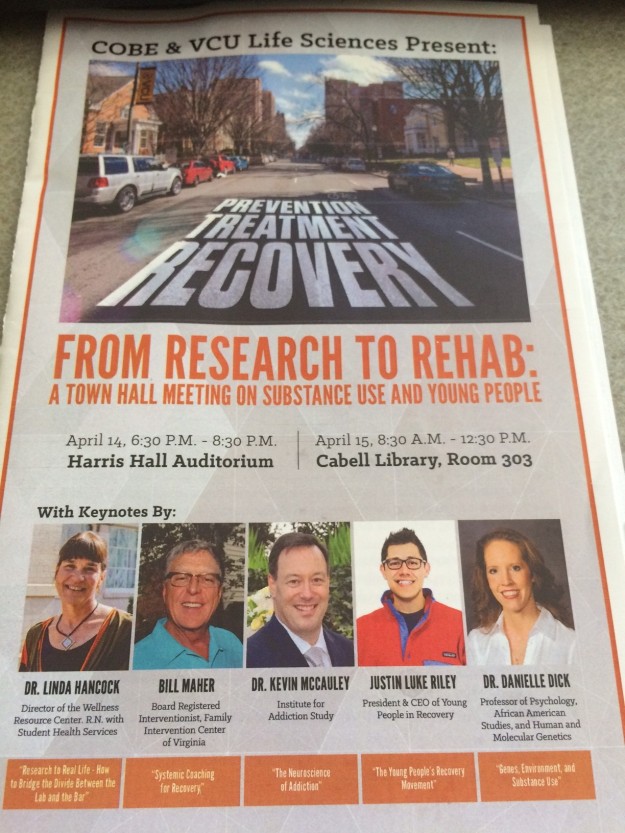 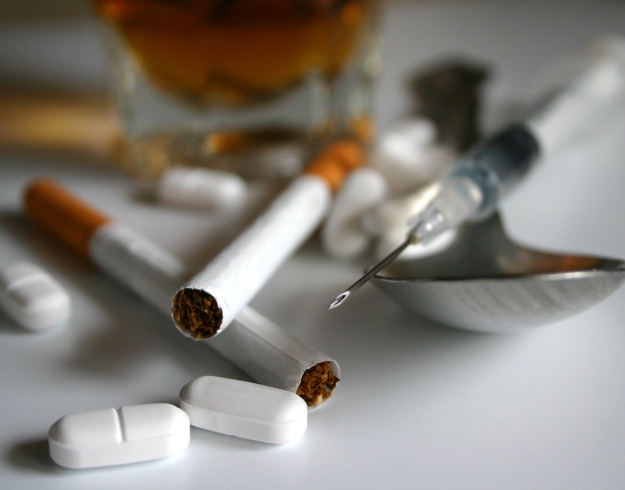 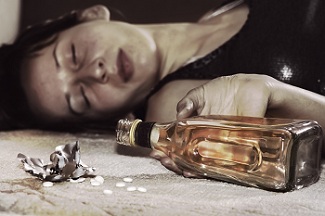 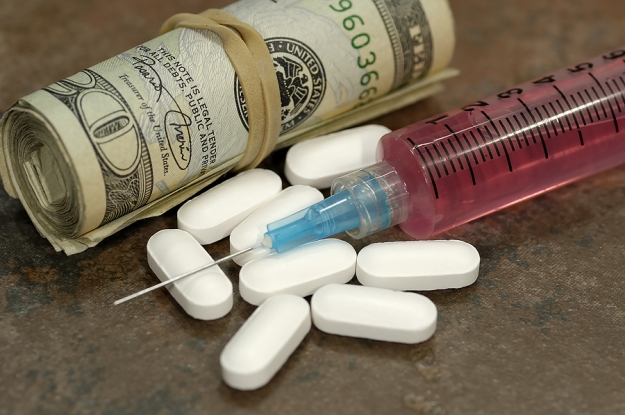 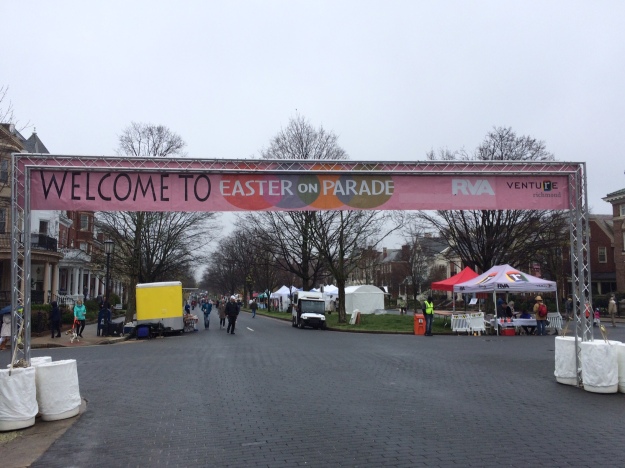 Easter on Parade in Richmond, VA. Photo by Timothy Thomas.

Family fun filled the air as hundreds of people attended “Easter on Parade” this past Sunday in Richmond, VA. A wide range of people were in attendance, young and old. The parade started shortly after 1 p.m. and the crowd really started to pick up as it got later in the evening. The Easter parade is one of Richmond’s annual traditions, and the rainy weather didn’t stop thousands of people from coming out to have a great time with family and friends.

Each year on Easter day, the city of Richmond holds a parade that covers several blocks on Monument Avenue. The purpose of the event is to celebrate the arrival of spring and bring people together for an entertaining Sunday evening. The activities at this year’s parade were of a wide variety—everything from music, arts, crafts and games could fulfill your time. There were also a number of children’s activities, such as Balloon twisting by Balloons by Extreme. Based on their reactions, the children really enjoyed the balloon twisting activity. The kids were noticeably glowing with cheer, and their parents seemed to enjoy seeing their kids happy.

The streets were filled with residents and even the homeowners on Monument Avenue, where the parade took place, made their presence felt. Arnold Stolberg, a former VCU Professor, spoke on what he enjoys about watching everyone gather for the parade.

“I’ve been in Richmond 37 years and the coolest thing is how diverse the city has become and how much it has grown,” said Stolberg.

You could definitely see the diversity among the people parading up and down the street. There were a number of different people who filled the streets, and it only became more varied as the evening went on.

Throughout the day, there were a number of food vendors who provided their services to the attendees. Tasty treats such as corn dogs, cheese steaks, funnel cakes, cheese fries, gyros and many more items permeated the streets. Marisabel, who is a VCU student, spoke on what she enjoyed most about the parade. 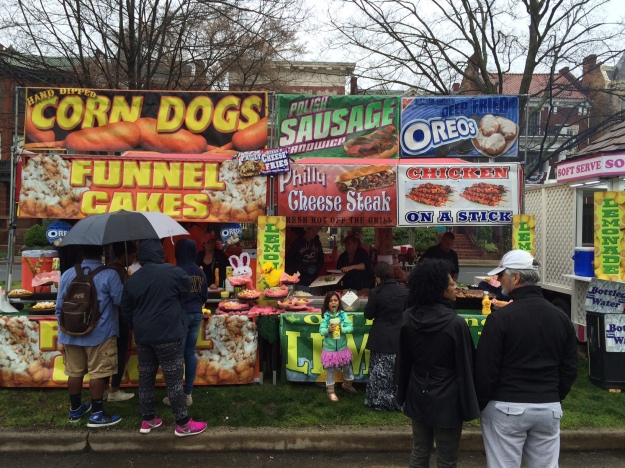 Food stand at Easter on Parade. Photo by Timothy Thomas.

The vendors were certainly kept busy, as there were steady streams of people lined up to purchase a tasty treat.

The parade in Richmond has many functions, its main one being bringing family and friends together for a fun filled day. But it also has many organizations set up in order to raise awareness and improve people’s lives. One of the most recognizable organizations is the Ronald McDonald House, which is located on Monument Avenue. Their main purpose is to provide a home for seriously ill children. Janice Guidry, who attended the parade, wasn’t aware it was located on Monument Avenue.

“The Ronald McDonald home was the most pleasant surprise, I never knew it was located here,” said Guidry.

The Easter parade in Richmond certainly turned out to be a successful event, as it brought out the masses despite the crummy rainy weather. 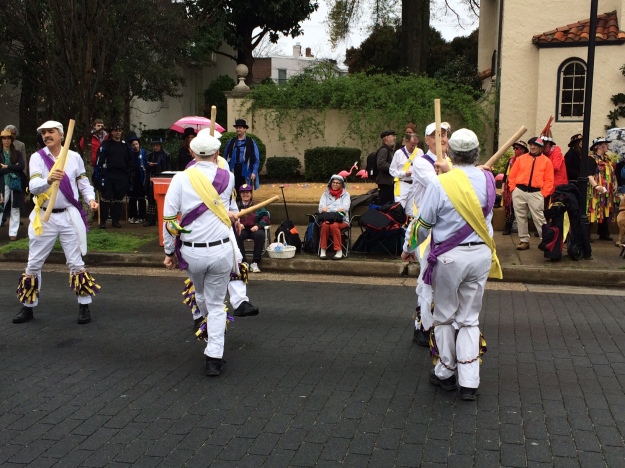